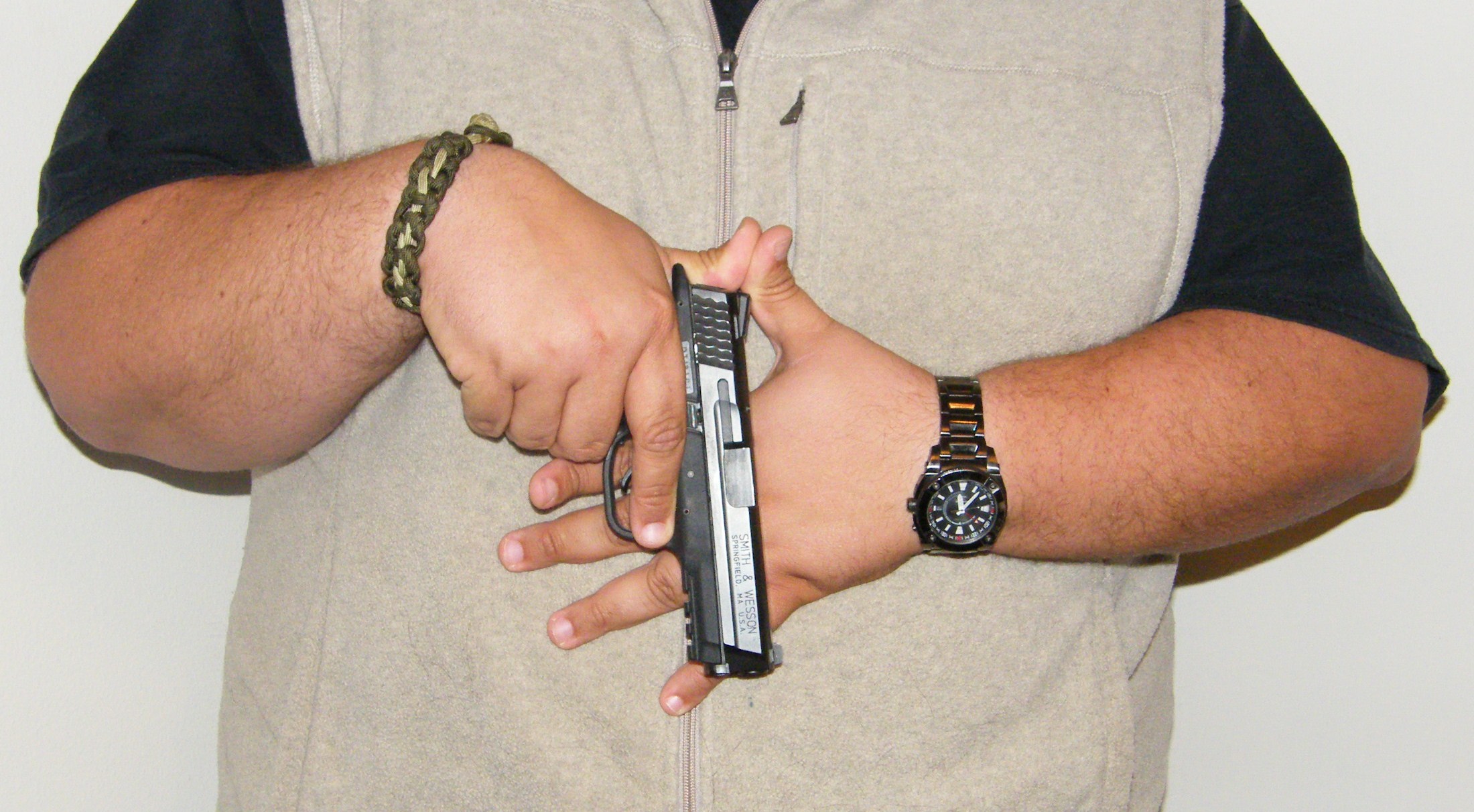 What is the Sul position?

I been working in Brazil and I was teaching in the USA for a long period of time, and I saw the birth and popularization of the Position “Sul”, in our days, many people, including instructors, are using and recommending to the students this kind of pistol guard, but most of them are wrong and many don’t even understand why and when to use. I will try to clarify a few concepts.

In general terms, we can say that Position “Sul” or “Ground” in Portuguese, was originally created in Brazil and transmitted to the world by several Americans working and teaching over there, however this is not fully correct.

If I’m correct, was a US Marine, Max Joseph, who spent some time working for TEES, with Alan Brosnan, a former NZ SAS, the persons who developed this position and made popular in the USA and overseas.

The original Brazilian idea was to design a practical way to carry the gun on the hands, when moving inside crowded areas, avoiding accidental discharges,increasing the weapon retention capabilities, decreasing the probability of pointing someone by mistake and, providing a fast way for  acquisition.

The first question to remark: is a position designed for Operators from BOPE and GATE, to work in tactical gear inside the favelas, with narrow streets, people around, doors and windows everywhere and bad-evil guys to confront.

The conception of the guard had two main goals: to keep the pistol close to the body, with a serious effect over Retention if somebody will try to take the gun from the hands.

Second point, and I presume is less popular, but significant in relation with the tactical operations, the support hand is in full plain contact with our body and the pistol laying on top… Why?. The answer is simple: to avoid contact with the tactical gear, especially magazines, flash-bangs, cables, and strips.

During the winter of 2002, I had been teaching in Brazil, invited by the University, for a Train-the-Trainer “Tactical Instructor Course” with several officers from units including BOPE and GATE. During the classes, I was informed by a Coronel from the “ de Choque do Ceara” about the subject commented above.

After few accidental discharges, they conducted an investigation and result was clear, during the target approximation movement, with the pistol very close to the body, the trigger was trapped by elements of the gear and produced the shot.

And here the funny question, why all the people, especially civilians in plainclothes are using this position? because looks cool, probably because the shooting market is full of crazy instructors and students trying to look different, what you know? sometimes, to be different doesn’t mean to be better.

Know your own “shit”

I have a Canadian brother, former Army Sgt. great Paramedic, good Hand to Hand instructor and amazing expert in Tactical Medicine, his top skill. We met first time in Jordan, in 2004 I think, and he has an overwhelming someone comes trying to show him something new, cool, famous… but he doesn’t know how to do it properly, when to do it and WHY.

If you don’t know your own shit, don’t disturb me.

I love his honesty, why to spend time with something nonsense?. The reader would think that I’m against this “Sul” Position, or about other new tendencies such as the High Ready close to the face in use for few bearded instructors, It’s not true. And by the way, is pretty

I’, against spent time (and money) learning something very residual, when the important skills and drills for surviving in real combat, are basic, trained million times and elevated to the category of excellence.

And please, don’t think because something look different is better, is a modern lie, sometimes we have to remain traditional, old, to be good and with usability.