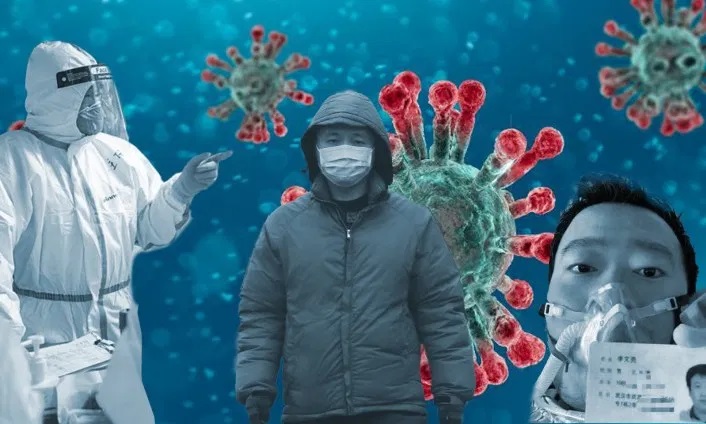 Note from the Department of Justice in the USA, makes me think about it.

I spent time enough working in Intelligence and National Security domestically and overseas, to have deeply assimilated a few concepts:

My first question is obvious:

Why nations are taking those steps for a simple “virus stronger than a regular Influenza (flu)?

I’m not a fan of Conspiracy Theories, included the Coronavirus fake news, and usually, I’m involved in debates about the 9/11 attacks, Kennedy assassination, Cybersecurity Spionage Bots created by NSA and so on… but this time it’s different, is a direct and clear impact in our lives, our economy and our system, something as never seen before, at least not in my generation.

Two notes, September 11 didn’t collapsed the markets as the Coronavirus did, neither the apocalyptic vision of Greta Thunberg and global warming, as Dan Peña said: “the banks still investing in real state at the border of the seven seas”.

However, Covid 19 has created damage in the global economy at high scale, a Black Swan situation in Intelligence and Security terminology… something very unusual but with extreme impact and consequences.

Let’s take a look into this official note from the US government beginning this year:

On 28th of January, 2020, the DoJ announced the arrest of Two Chinese nationals and a Harvard professor, Dr. Charles Lieber.

According to court documents, since 2008, Dr. Lieber who has served as the Principal Investigator of the Lieber Research Group at Harvard University, which specialized in the area of nanoscience, has received more than $15,000,000 in grant funding from the National Institutes of Health (NIH) and Department of Defense (DOD).

Unbeknownst to Harvard University beginning in 2011, Lieber became a “Strategic Scientist” at Wuhan University of Technology (WUT) in China and was a contractual participant in China’s Thousand Talents Plan from in or about 2012 to 2017.

The note continues talking about one of the two Chinese nationals, in those terms:

It is alleged that on Dec. 9, 2019, Zheng stole 21 vials of biological research (note from the author: this material apparently not related to Coronavirus) and attempted to smuggle them out of the United States aboard a flight destined for China.

Federal officers at Logan Airport discovered the vials hidden in a sock inside one of Zheng’s bags, and not properly packaged.  It is alleged that initially, Zheng lied to officers about the contents of his luggage, but later admitted he had stolen the vials from a lab at Beth Israel.

However, Covid 19 has created damage in the global economy at high scale, a Black Swan situation in Intelligence and Security terminology… something very unusual but with extreme impact and consequences.

It´s more the unknown, that what we really know about the Coronavirus, and even less about the origin and transmission vectors, especially from patient zero.

The story of the animals market in China is weak and can´t be confirmed, we have to believe in what the Communist Regime of Beijing said, the same regime that was sending Lieutenant Zheng, to steal bio-samples from Boston research center, and this was noticed, we didn´t know how many more were active.