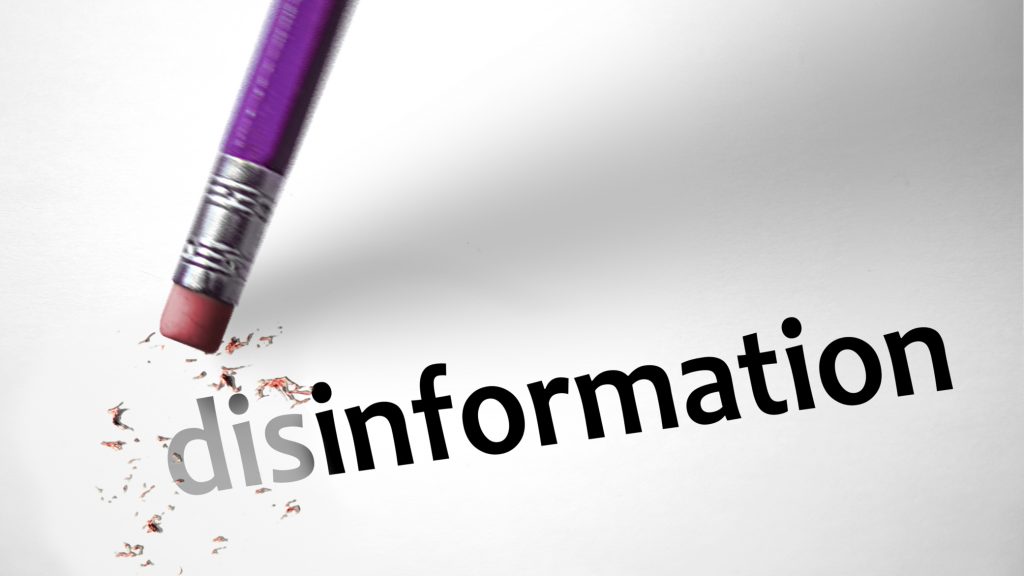 We are experiencing a continuous effort to disseminate “Fake News” from specific actors, including the habitual suspects, Rusia, Iran or China, but also in the corporate field and private sector we find many samples of Disinformation.

One of the main victories form the Dark Side, is the name “Fake News“, a nice concept to implement the idea of “something from the media that is not correct or fully accurate“, in the minds and souls of millions and millions of humans. When you read the term, repeated thousands of times on TV, radio, papers, and the Internet: sounds soft, even friendly, we already accepted the idea of disinformation such a natural consequence of our time.

Disinformation, because this is the right term in Intelligence, has been on the game for the long term, centuries if not more, however, is now with the Internet and the possibility to spread a canard within seconds worldwide, when it turned into a dangerous element in wrong hands.

The typical techniques of disinformation have been used in most of the recent conflicts in the Middle East, East Europe, Asia and virtually in every single place of this blue planet, and not only in the military field, but in the terrorist, insurgency and most recently even in the corporate arena, with new firms dedicated to create and disseminate fake information for the sole purpose to damage the reputation of competitors or opposite, create a fiction about the capabilities or resources in support of the client.

But what can affect Disinformation to the Security and National Security? let’s check a few samples:

Whatever is behind of Disinformation operations, the Intelligence Community, National Security Agencies and Corporate Specialist, need a new approach to the problem, based on the continuate surveillance and verification of news worldwide, it´s the new CI Paradigma.

Rusia is on top, but not the only one

Russia and China, but not only, are working against their tactical targets to undermine the confidence of the citizens in their respective governments, sometimes with active measures to discredit even the opposition, and always looking for a vacuum of institutional power.

Few retired KGB senior agents, including the General Kalugin, recognized this tactic to undermine the natural confidence of the Americans in their government, as a weapon learned in the old Soviet environment, magnified and supported by the media, especially Twitter, Facebook and other platforms such LinkedIn and Youtube.

An interesting sample of a group fighting back can be found here https://euvsdisinfo.eu/ it’s EUvsDisinfo, the flagship project of the European External Action Service’s East StratCom Task Force.

The modern techniques of the enemy are exploiting Social Media with a mix of technical skills such as bots, psychology and anthropological tribalism, in a sort of new science, where the term PsyOps takes a new dimension.

The key point is how the governments, directly or supported by private firms, will fight off disinformation, an element created at an industrial scale as never the humanity has seen before, the Counter-Intelligence, dedicated to safeguarding the secrets of governments and critical sectors, has to be reorientated into massive campaigns focussed in the early detection of Disinformation in the preliminary stage, stop the groups dedicated to those activities and develop counter-narrative scenarios.

Personally I see a necessary close cooperation in a Public-Private partnership, to defeat the campaigns with origin in state and non-state actors such as terrorist, organized crime and mercenary cyber-activist.

It seems logical to me a quick collaboration, where companies will produce tools based on Artificial Intelligence developed in conjunction with experts in HUMINT operations to attend the operational needs of Counter-Intelligence agencies and National Security branches, to confront the weaponization of Social Media.

If we want to stop the spread of Disinformation and recover the trust of the people in the system, it’s necessary a serious deal and investment, otherwise, no one will trust in the governments, chaos, and anarchy will be predominant and… here the key goal of the enemy, his core objective: nobody will fight to defend their country, but the enemy will do it. This applies to military war, but also to a commercial war, a war of values and many other ways of conflict.