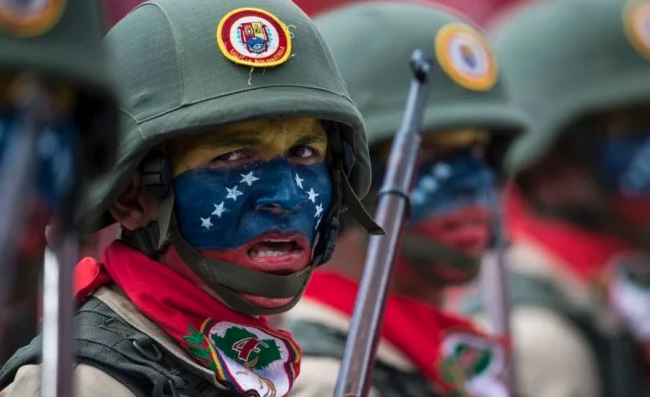 In recent days, the tension between the illegal government from Nicolás Maduro and the US Administration is raising, the main reason is the humanitarian aid delivery, through the bridge connecting Colombia with Venezuela, the question remaining on the air, refers to a potential confrontation and with Trump, and a secondary line, if Maduro’s troops, has the combat capacity to face the US colossus.

Very few governments are supporting in public the Socialist Bolivarian regime, Russia, Cuba, China and Bolivia, all of them for very different reasons, let’s take a quick look into it.

So far, this group represents the succinct support that the former Venezuelan president still receives, in front, they have most of the international community, that recognizes Juan Guaidó as the legitimate interim president of the Caribbean country. 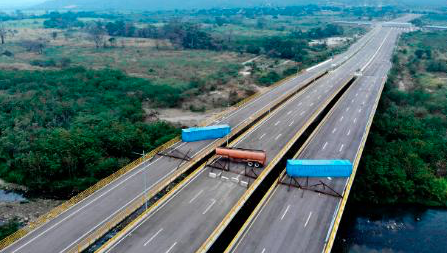 The blocked bridge between Colombia and Venezuela.

The Venezuelan forces have an undetermined number, according to some of the sources. 85,000 soldiers and, according to various media, 145,000 soldiers, going forward, Maduro and Vladimir Padrino López, his Ministry of Defense, has different accountability, without of their hands up to 2 million militiamen. For the anecdote, Vladimir (as Lenin and Putin), and Padrino (Godfather), destiny is always ironic

The numbers when they refer to military personnel, do not have much importance if they are not put in perspective, the combat capabilities have a dependence of several factors, the material resources (weapon systems and logistics), the doctrine, the chain of command and the continuous training.

It is here that Maduro’s Bolivarian forces leave much to be desired, with an infantry trained to fight in the jungle, a scenario that is not going to happen and lack of experience in recent MOUT operations (Military Operation in Urbain Terrain). The air force with very few hours of flight and a small Navy, mostly for river or coastal actions… and last but not least, logistics will be an interesting part in a potential conflict, in a country without gasoline, it’s difficult to imagine for how long all military machines will fight without fuel. 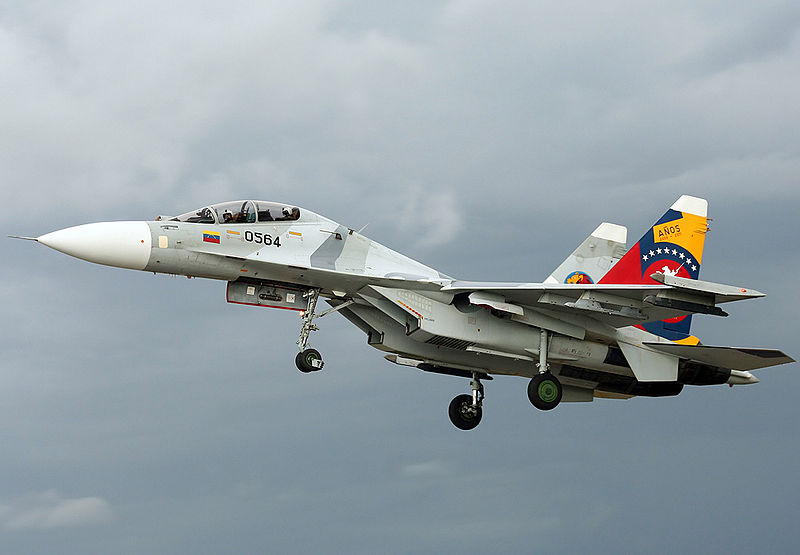 On the other hand, it is very doubtful that Maduro has enough weapons to arm two million paramilitaries, his famous Kalashnikov rifle factory, has never entered fully into production, the  AK104 model still waiting for better time. 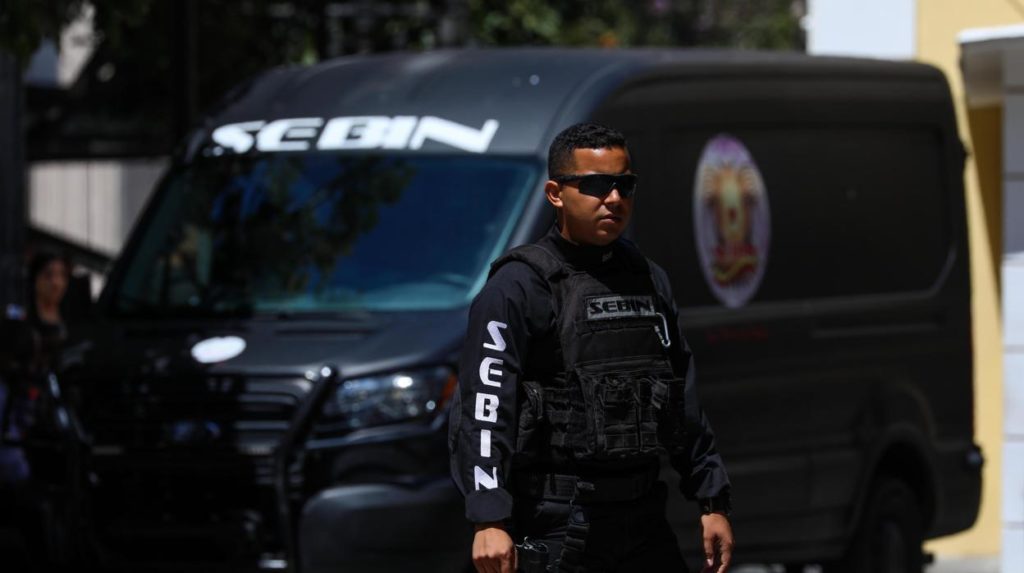 Those who represent a real threat due to their experience in repression and urban operations are the members of the Police, and the SEBIN, the infamous Venezuelan intelligence, trained, managed and supervised by the G2 of Cuba, the formerly good espionage and repressor service controlled by the Castro brothers.

Venezuela has synthetic aperture radars Made in China, received a few years ago, the doubt here is about its operational capacity, software update, and maintenance, the problem that is also related to anti-aircraft systems and Russian Su-30Mk2 jet fighters or tanks.

Really the military forces would be willing to fight?

If we analyze the phenomenon of Bolivarian Socialism, we see that it is intimately linked to the army and to the late Hugo Chávez, Lieutenant Colonel, coup leader and father of the modern revolution. Until recently, the military maintained some loyalty to Maduro’s regime, but it has begun to decline, hunger is a bad partner for a revolution and these young soldiers cherish the idea of eating three times a day and supporting their families in a dignified way, something that can not currently, except those linked to drug trafficking.

I know the country well enough, I have worked many times from 1998 to 2008, twenty years in which I had the opportunity to meet civil, police, military and intelligence personnel, I could see how the system deteriorated and how those who began supporting Chávez, showed their doubts about the revolution and its consequences, I do not believe that today, in 2019, there is a predisposition to fight against a change of regime. As Napoleon said: an army marches on its stomachs, with an empty gut, there is less intent to fight.

The Cartel of the Suns / Cartel de los Soles

Well known, is the existence of the so-called “Cartel de los Soles”, in reference to the suns carried on their shoulders by the Venezuelan generals, a criminal group managed by Diosdado Cabello, who holds the dubious honor of belonging to the list of objectives of the DEA, the US anti-drug agency.

Many of the military and police who are repressing the popular protests have links with this organized criminal group, one of the largest criminal groups responsible for transporting and distributing drugs from the Caribbean to the US and Europe, both by plane and from Puerto Cabello, its most famous and corrupt maritime terminal.

It seems unlikely that the majority of the troops present weapons in front of an entrance of US forces protecting humanitarian aid, the only viable option for Maduro would be to send uniformed soldiers of his confidence to the famous Simón Bolivar bridge over the Táchira River, but this it would weaken its urban operations.

The possibility of a direct attack on US troops would mean a declaration of war, which would be seen as aggression by the international community and would lead to intervention by its neighbors in Brazil and Colombia.

What could be Maduro’s reaction?

The ex-president knows cornered and with a complicated exit, proof of this is the recent speech in which he challenges Guaidó, to call elections to “present and win”, a fact that will never happen, nor the elections in which he can be presented , nor that he can win, both facts are part of the staging for his followers, pure theater.

Maduro is looking for an honorable exit that will not come, in which he can justify his departure from power. He is also looking for a destination where he can go into exile to end his days off and enjoying the wealth accumulated during these years in power.

Now everything depends on what happens on February 23, when US troops cross the border from Cucutá in Colombia, with the humanitarian aid that Venezuelans so need. The USA have an intervention plan, including the protection of their diplomats.

What matters now is thinking about a transition model for the day after, how to bring democracy to a country that does not know it and how to install prosperity in a country that was envious in the past and deserves a better future.