Extortion, Counterfeit and Kidnaping, the modern triangle of a lucrative business for Organized Crime groups and, criminals overseas. It’s estimated total value of 3 Trillion USD in operations across the globe, and just the Cybercrime is producing a loss of 2 Trillion USD for the IT related industry.

The globalization is not a risk-free environment

More than ever, we are living in a global world, Marco Polo can’t imagine how actual is the Silk Route, Magallanes and Elcano circumnavigated the world for months, sailing dangerous waters, with a goal in mind, to find a new route for maritime transportation. Nowadays, we can fly from London to Mexico in ten hours and big ships are crossing the seven seas in a couple of weeks.

Yes, we have a global economy open to everybody, with big and small companies operating in the five continents, even reaching the International Space Station recently. Also, we see  NGO`s working to implement humanitarian assistance and relief support in risky areas.

Furthermore, is a world with more people than ever, moving across the borders, including expatriates, tourist, temporary workers, and short business trips, to name a few. 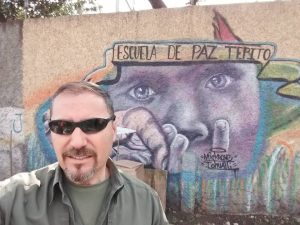 Is this scenario risk-free?, unfortunately not, we have to confront more or less the same threats that were fighting Magallanes or Marco Polo. The modern triangle of the organized crime is connected with Extortion, Counterfeit, and Kidnaping, however, many other dangers are present, including the Human Trafficking, Weapons Proliferation, Smuggling, Drugs or Money Laundry, activities often linked to the triangle I mentioned.

In short, according to the doctrine of the UN, we can define the extortion as: “…obtaining property from another through the wrongful use of actual or threatened force, violence or fear”. (1)

I learned something during my studies in Organized Crime and, also on the operational arena, for criminals and terrorist, are many ways to obtain their goal, and the use of violence is not the favorite. In my experience, fear is the most powerful tool for those groups, and it’s important to learn how to manage critical situations, incorporating this possibility to every security risk management plan.

Defined by the UN, as the “imitation of something valuable with the intention to deceive or defraud”, it’s one of the most dangerous crimes against the modern economies, especially in the western countries.

¨Tyres, brake pads and airbags, airplane parts, electrical consumer goods, baby formula, and children’s toys, are just some of the many different items which have been counterfeited¨ according to United Nations.

The imitation of any kind of products, from luxury watches or medicines made in Switzerland to Spanish, French or Italian fashion and jewelry, is not limited anymore to the big Chinese organized crime, just opposite, is a transnational illegal business, connected with Pakistan, India, Mexico, Central America or South East Asia to name a few actors.

And what about the fake medicine market? different studies confirm around 200 Billion Dollars income for the Organized Crime, with 50% of products on the market merely copies. However, the money here is secondary, how many people will die or their symptoms will turn worst because are using a fake medicine? It`s a Public Heath problem.

It’s possible to assist in the near future to a proliferation of diseases that we thought were missing? maybe others worsening and becoming the new plagues for the 21st century? in my opinion, is more than a possibility, especially in countries in development.

When we are talking about counterfeit, we have to pay attention also to the big industry of fake money… and terrorism. What I found in my career, is that General public, companies and even government bodies, didn’t realize the strong connection between Counterfeit-Money Laundry-Terrorism nexus.

From the streets in Spain or Italy, illegal immigrants are trying to survive, selling fake Rolex watches and Tommy Hilfiger jeans, in fact, are the last and weak point of dark organizations based in Asia. For the tourist are ¨poor boys¨, for us, they are a necessary part of a well-elaborated machine, in many cases, funding terrorist groups without any idea about. 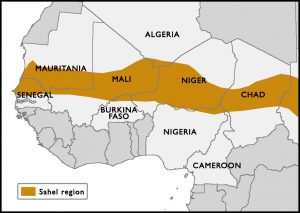 However, those criminal groups are moving money across the borders using the Hawala system, even Mexican are using it, with the name “Espejo” than means mirror. I want to move one million Dollars to the US and someone else is looking to pass the same amount to the south of  Rio Bravo. Money is not moving from the country, just changing the hands and both parts are happy, all you need is a kind of “good man” on each side, as a witness.

Most companies are aware of the kidnapping risk in LATAM, with Mexico, Venezuela, Honduras and El Salvador in the top of the industry. Many countries in Africa are well known for this activity, including Somalia, a place to forget after my experience, Nigeria, Malí, DRC, Libya and so on. The Middle East and South East Asia are members of this selected group, every day bigger and wild.

Furthermore, the question here is complex for many decision makers and stakeholders, let´s see a few scenarios: are we stopping the oil industry operations in Tamaulipas because of the risk? moving back from the investments in promising Vietnam? Refusing a lucrative construction project in Iraq or we are not developing the manufacturing plant in El Salvador?. 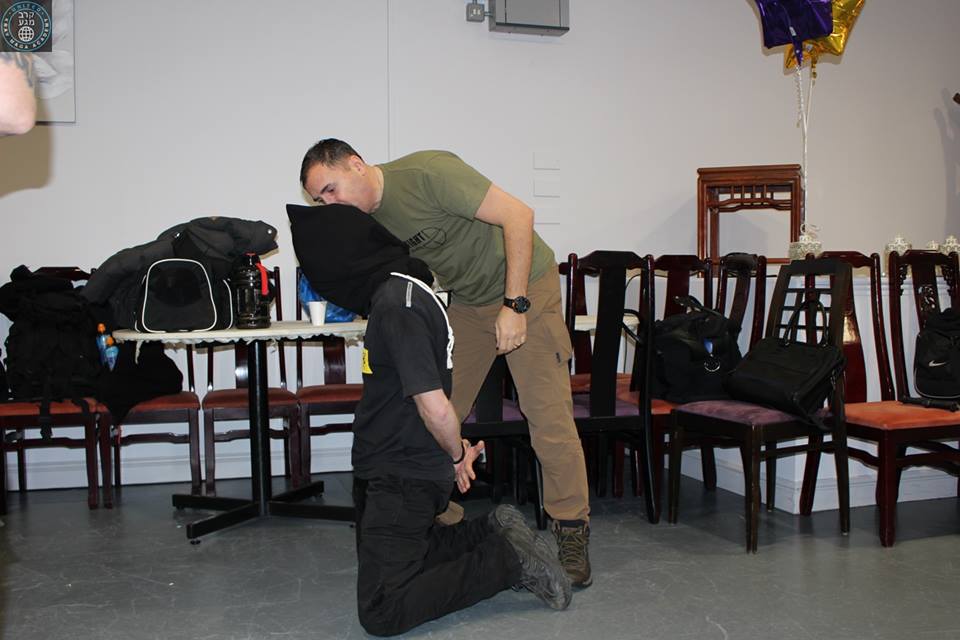 Any situation could be even worse, for example when you don’t have any other option but the travel. In this category we have the case of politicians, engineers, consultants, trainers, sports teams, in fact, there are many humans groups traveling around the world exposed to kidnapping, including NGO workers and Christian missionaries.

The kidnapping risk has to be evaluated in advance, the personnel trained, crisis plan established and… trained, updated and trained again. The insurance and negotiation are an essential part of this industry, with many relevant factors involving the process, where, very often, the psychological damages for the hostage are forgotten.

This has to be contemplated as the ultimate goal, the safety during the recovery of the person/s and SAFE return home are priceless. The operations have to be oriented in this way, no rush, only professionalism step by step.

That is to say, no good recovery could happen if you don’t have a proper plan and a serious company as partner, supporter, and back-up. At this point, I clearly recommend hiring a firm with a successful background, such the British Control Risk (2) or S-RM (3)  or the French Amarante (4), with offices in France and Latin America.

Unfortunately, my own country, Spain, don’t have (and is not going to have in the next few years), a company specialized in the high-end security and intelligence field.

Additionality, the general public and media are not considering often a secondary factor, the survivability of the negotiators or rescue team, working in such high-risk scenarios, under extreme pressure, taking decisions about death, life, financing, politics or security, in seconds. A very volatile work conditions.

Intelligence is the twin brother of the security

Security is everything for the humans, from the prehistoric time, we are looking for protection, first from the wild animals, the elements, other tribes, later our knowledge grow up and our needs in safety and security raised few steps forward.

In our days, we have a security system at home, in our company, in our car, computer… everything is about security, but remember:

Security without Intelligence is like a pistol without bullets. We need to know who is the enemy, what are their methods, which potential risk is affecting our business and the options we have to prevent o defeat the specific threat.

In a modern world, all successful companies and organizations, are hiring intelligence specialist to help in a better decision making, because far from the common public thinking, probably based in James Bond movies or Tom Clancy books: Intelligence=Take Better Decisions.

Intelligence is oriented to obtain the right information, to be used in the process of decisions making, whatever is affecting to Extortion, Counterfeit or Kidnaping, in both prevention, managing or investigation sides.

As the famous song of the 70`s movie Cabaret said, “money, money, money…” everything moves around the gold and silver.

The ultimate goal of any extortion is to obtain a financial benefit, sometimes blackmailing the person, others, to obtain critical information about a merger or a new product. For example, criminal groups are using malware, illicit access to the servers of the target or just pressing a worker to provide the information.

However, what a criminal organization is looking for, we know in advance, yes… money, money, money.  And remember, follow the money and you will find the answer about who did it.

Above all, even if the criminal act is a “State-sponsored action”, in 95% of the cases, the economic factor is the key point behind the extortion, but we have a critical 5% of incidents, were the objective is the National Security, an operation to obtain the Navy technology from Spain is a direct threat to our security, even if the action is conducted by the Ukrainian mafia group trying to sell the information to Russia.

For the criminals is money, but for the victim is a National Security breach, sometimes, using another state or group as  “proxy”. With my colleagues, I`m assisting to this situation on daily basis, we have to work on it, avoid the problem and identfy the real attacker and the final goal of their action.

In conclusion, following with the comment above, the old theory of the Black Swan Event (5) is valid here, always will be pertinent to investigate if any extortion could be related with a case of military espionage, national security threat or WMD attack , because even when they are not habitual situations, it will occur, would have devastating characteristics due to their potential effect.

In the case of the counterfeit, the same pattern is valid, what could happen when the British Air Force will use a fake microchip in their combat jets?. From were, is really coming? Just an intermediary looking for extra profit? Or maybe a foreign power trying to steal information from the avionics, track their flight data or even sabotage the plane?. Those are elements of security, that every company must be aware of. And it’s possible to find many security breaches along the logistic chain.

The Organized Crime is one of the biggest threats to any organization, public or private, governments, companies and NGO´s must be prepared to confront those threats and, incorporate counter-measures and crisis management parameters have to include adequate protocols because of the impact and repetition of those crimes is rising exponentially.